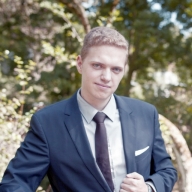 Alex is a passionate full-stack developer, speaker, and entrepreneur. He grew up in Leipzig, where he used a computer for the first time at the age of three. After passing his A-levels, he started to pursue a degree in computer science at the TU Dresden.

From the time he was young, Alex is enthusiastic about programming and developing his skills continously. At 18, he became co-founder of Developmint. Through a variety of successfully completed projects, he gained valuable experience in a bunch of areas, including UX, process analysis, scaling and SEO. As a speaker Alex has a lot of fun working on conversations and lectures. A larger crowd of people who listen and ask questions do not rattle him in any manner.

When Alex is not working or programming he's probably playing a game of table football, working out in the gym, or making plans for his next side project. 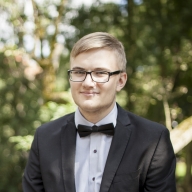 Max is a glowing macOS and iOS developer. He strongly believes in native code and the benefits of native software, which often results in funny arguments with his colleague Alex.

At the age of 14, Max started to write Mac apps. After some years of learning, he published his first app, Addism, which was rewarded with a Mac App Store feature in the „Best New Apps“ category.

Thanks to Apple‘s scholarship program, he was able to attend the World Wide Developers Conference (WWDC) in 2015 and 2017. To get a ticket, the applicant has to complete a specific coding challenge. 350 out of many thousand students are selected based on code quality, creativity, and design.

It is the perfect balance between functionality, performance, efficiency, and design that Max is seeking for. Caring deeply for all four topics, he always wants to create the most seamless experience for the user.